Ethylenediamine and diethylamine: what’s the difference? 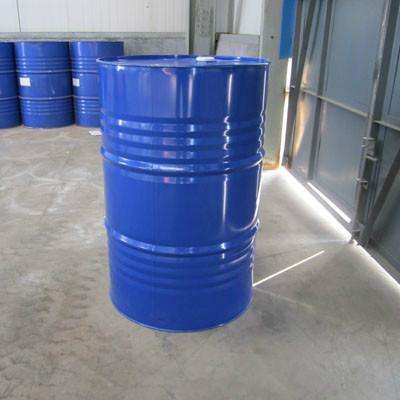 The basic information about ethylenediamine

The molecular formula of ethylenediamine is H2N-CH2-CH2-NH2. Ethylenediamine is a kind of liquid with a colorless or yellowish oily liquid with an odor resembling ammonia. It has a strong basicity as well as the ability of corrosion which is mainly used in solvents and analytical reagents.

The basic information about diethylamine

The molecular formula of diethylamine is CH3-CH2-NH-CH2-CH3. Diethylamine is a kind of colorless liquid with strong basicity and corrosion and this chemical is easy to volatile and burn. It can be mixed with water or ethanol at will. It has strong irritation and can irritate eyes, trachea, lungs, skin and excretory system.

The main application of ethylenediamine

It can be used as an analytical reagent, or a solvent for non-aqueous titration. Also used as epoxy resin curing agent, and used in organic synthesis and polymer polymerization.

It can be used for titration of non-aqueous solution. Aminocarboxylic complexing agent. Determination of antimony, bismuth, cadmium, cobalt, copper, mercury, silver and uranium. Used as curing agent of epoxy resin, solvent of protein and fibrin.

It can be used in organic synthesis and production of pesticide, reactive dye, medicine, epoxy resin curing agent, etc.

As a good base and reductive reagent, ethylenediamine can form complex with metal ions, can be used as a chain extension module, and can be used for the preparation of imidazoline, pyrazine, 1, 4-diazo derivatives, large ring containing N2n and some other heterocyclic compounds.

Ethylenediamine is used as a solvent in electrochemistry and analytical chemistry. Due to the strong affinity of carbon dioxide, hydrogen sulfide, carbon disulfide, mercaptan, sulfur, aldehyde, phenol and so on, it can be used as gasoline additives, lubricating oil, fish oil, mineral oil and alcohol refining.

The main application of diethylamine

It can be also used in organic synthesis, dye and drug synthesis. Used as an analytical reagent, such as a color reagent for the detection of thiobarbituric acid by thin layer chromatography. It is also used as a preservative.

Besides that it is able to be used as curing agent for organic synthesis and epoxy resins.

If you are looking for a Intermediates ethylenediamine manufacturers, we are looking forward to be your first choice as LUCKY STONE, a professional Intermediates ethylenediamine manufacturer, has engaged in the researching, developing, producing, and marketing of nonionic Surfactants and Technical Auxiliaries. If you have any need, please feel free to contact us.