Sea lice can live on salmon and feed on their skin and outer membrane. Salmon farming in many parts of the world is seriously affected by sea lice. Cleaning fish and salmosan azamethiphos seems to help, check out this article below.

On the one hand, sea lice can directly harm the fish body. They penetrate the skin of the salmon and parasitize on the body surface, and gradually eat away at the fish body, causing salmon death or making it inedible; on the other hand, some measures taken by farmers to eliminate sea lice It will also indirectly cause the death of part of the fish.

The technology of industrial farming of salmon is developing rapidly, but sea lice are becoming more and more resistant to conventional treatments (such as medicated baths and oral medications). At the same time, people are paying more and more attention to the chemical residues in the traditional defoaming methods left in the environment, which further hinders the development of the salmon industry.

In the study of sea lice prevention and control, researchers collected daily monitoring data of commercial salmon farms near Froya on the Norwegian island of Froya from 2013 to 2018. They analyzed the three production cycles of salmon and tracked the overall level of sea lice in different locations, as well as the treatment and prevention measures of sea lice on the farm. Researchers monitored the temperature and wind in the area to determine the role of these environmental factors in the infestation of salmon by sea lice.

The researchers determined a positive correlation between temperature and sea lice infestation from the data. This means that as the water temperature rises, so does the level of sea lice. This finding suggests that fish farms should monitor temperature and increase lice monitoring during warmer months.

Researchers found that changing the salmon farming cycle and environment did not reduce sea lice infections, and even the risk of spreading to other areas. From 2013 to 2018, many farmers used "clean fish" to prevent sea lice infections, and sea lice abundance after use decline. Research data shows that keeping 4% clean fish and 96% salmon in the laboratory can reduce the risk of reaching 0.1 adult lice per fish by 62%. When comparing a 4% tank with a tank with no clean fish, the treatment effect is better. At the same time, studies have found that cleaning fish prefer to eat larger sea lice, so the cleaning effect is poor in the early stage of sea lice outbreak.

It is well known that Azamethiphos is an effective veterinary medicine for preventing sea lice, but some people may wonder whether salmon after using this medicine is safe and edible. Check your answer. 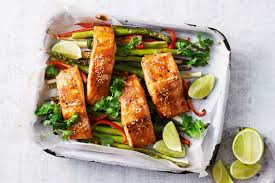 Is it safe to eat salmon treated with Azamethiphos?

Azamethiphos performs not collect in or on salmon, the product is broken down and also excreted by fish within 10 days of making use of. Fish treated are actually not gathered throughout this period.

How mush is it used?

Azamethiphos is actually administered as a shower treatment to the adhering to proportion-0.2 g (item): 1,000,000 g (water).