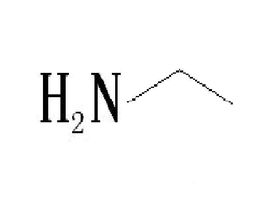 Ethylamine is a compound with a molecular formula of C2H7N and a molecular weight of 45.08. It is a colorless and highly volatile liquid with the smell of ammonia and is alkaline. This product is highly toxic. It is highly irritating and can irritate the eyes, trachea, lungs, skin and excretory system.

The aqueous solution is alkaline and its chemical properties are similar to methylamine.

①Salts with a certain melting point when interacting with inorganic acids, organic acids, acidic aromatic nitro compounds, etc. It forms complex salts with heavy metals such as copper and silver.

Used in the production of pesticide triazine herbicides, including atrazine and simazine. Both of these two herbicides use cyanuric chloride as raw materials, and their production processes are similar. Ethylamine is also used in the production of dyes, rubber accelerators, surfactants, antioxidants, ion exchange resins, aircraft fuels, solvents, detergents, lubricants, metallurgical mineral processing agents, and cosmetics and pharmaceuticals.