What's the Applications of Intermediates Ethylenediamine?

The intermediates ethylenediamine is a new type of substance, which is now widely used in all walks of life and has many advantages. So, how much do you know about it?

Ethylenediamine, abbreviated as EDA, with the chemical formula C2H8N2, is a typical fatty diamine. It is a colorless or slightly yellow oily or water-like transparent liquid. Ethylenediamine can produce smoke in the air and has an odor similar to ammonia. It also has the advantage of hygroscopicity. Ethylenediamine is an alkaline substance, easily soluble in water and ethanol, slightly soluble in ether, and insoluble in benzene unless it is absolutely dry, and can form an azeotropic mixture with water, n-butanol and toluene. It is flammable when exposed to heat, open flames, and oxidants, with moderate burning risk. In addition, ethylenediamine can be autoclaved or filter sterilized. 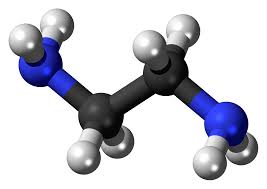 What the applications of intermediates ethylenediamine?

It can be used as a curing agent for epoxy resin. The commonly used fatty diamine is a general-purpose low-temperature curing agent. As a curing agent for epoxy coatings, it can significantly improve the performance of coatings. However, this type of curing agent is generally more toxic, and its formulated epoxy system has a large heat release, a short service life, and the cured product is brittle and hard. With epoxy resin as the matrix, ethylenediamine as the curing agent, acetone as the diluent, and quartz as the filler, it can be formulated into an ideal universal cementing material, which has the advantages of firm bonding, high temperature resistance, oil resistance, water resistance, acid and alkali resistance, low temperature resistance, anti-aging and high insulation. It can be widely used in the repair of motorcycles.

Intermediates ethylenediamine is mainly used in the production of dithiocarbamate fungicides in pesticides, and the main varieties include mancozeb and zinc. This is a kind of preventive broad-spectrum contact fungicide. It was used as early as 1940 to prevent mildew, trachoma, scarring, rust and blight of fruits, vegetables, potatoes, and grains. After investigating the potential carcinogenic hazards of such products, in 1989 the US Environmental Protection Agency recommended that the use of most grains be restricted, of which 45 important grains need to be used under safety supervision. By July 1992, the California Federal Court announced the prohibition of use. Due to their wide use and good efficacy, these pesticides have become the main varieties of non-systemic protective fungicides, and they have been exported in large quantities abroad. Although foreign countries are not interested in the production of such products, they are the dominant and still developing products.

Both ethylenediamine and high-carbon ethyleneamine can be used in the production of medicines, over 20 kinds, mainly aminophylline, metronidazole, coronadiazepine, etc., most of which are traditional medicines. For example, theophylline is added to anhydrous alcohol containing equimolar ethylenediamine under vigorous stirring, and after a few hours, the precipitate is filtered. Wash with cold ethanol and dry at low temperature to obtain aminophylline.

We provide high quality Intermediates Ethylenediamine, if you have any interest, or more questions, please feel free to contact us.